Today I'm still feeling good, it's been about 3-4 months now, that I've been off the GENVOYA HIV Medication. The pharmacist/Pharmacy Technician from Walgreens, don't even call me anymore to refill my prescription for the drug which they stopped a few months ago. I'm not complaining because from day one I gave them the run around never picking up my prescription that day when they would call me, waiting like 4-5 days later to get it. I would feel so embarrass to pick up that HIV medication, I never went inside the Walgreen Pharmacy, I would go through the drive-thru with shades on because you just don't know who knows who that works in those facilities that may recognize me.

I understand that patient information that the Pharmacy Techs see in the computer database, is supposed to be HIPAA LAW protected, because I used to be a Pharmacy Tech for a short period of time, but now these days a lot of people run their mouth telling people's business out here in these streets.

I came across an article in Dr. Sebi's Alkaline Living Group on Facebook, today on a man that I have been following since I joined the group in February and he reversed his Multiple Sclerosis which is a debilitating brain disease that is deemed incurable. It took him approximately 11 months to reverse this, but you must stay 100% Alkaline Vegan he said in the article link that I read. It was already an easy transition for him to become Alkaline Vegan because he was already a vegetarian/Hybrid Vegan so his body didn't have as much toxic acids to reverse his condition in 11 months. Although he has never had HIV, the same concept applies as far as cleansing with the herbs. I chatted with him today on Facebook and asked him some questions and these are the herbs he posted today that serves as a broom to clean out your system immediately!! 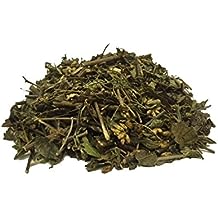 So I asked him the question, Is there a certain measurement when boiling and making each of the herbs tonic form? He said a teaspoon of each per herb to a cup of water. So on my down time this month I am going to order those combination sometime this month to make teas in addition, with the Sarsaparilla, Guaco, and Concansa. As of right now, I feel like I'm close to being cured I just need to continue being consistent with the Nutritional Guide and Herbs in another month or two.

Well I tried to upload his article, but the file is a Microsoft Word File so I don't think it may be compatible to upload, I could be wrong. The article is pinned in the group and you go to the tab that says File and you will find various information from people in the group about fasting, and etc.
Posted by Phinest25 at 9:54 PM